What are AMOLED or Emissive Displays?

Active-Matrix Organic Light-Emitting Diode (AMOLED) is a relatively new display technology for wearable devices, mobile phones, televisions, and everything in between. Currently used on the Apple Watch and several top Android Smartphones like the LG Flex, Nexus and Samsung Galaxy S series, the market for AMOLED displays is expected to reach a level of $28.3 billion by 2020, according to research firm DisplaySearch.

OLED (Organic Light-Emitting Diode) refers to the thin film of organic material on top of the display. When electrical current is applied to this film, it gives off light, just like a regular LED – except it’s only a few nanometers thick. Learn more about OLEDs on Wikipedia.

AM (Active Matrix) refers to how the display is addressed. Each pixel has an active element (a thin-film transistor, or TFT) that actively provides current to the OLED, maintaining that pixel’s brightness while the other pixels are being addressed. Without the active matrix, OLED displays are small and low-resolution, used for applications like mobile phone sub-displays.

AMOLED displays are a next-generation technology; they offer both higher performance, and lower potential cost than today’s high quality AMLCDs.

AMOLEDs can be manufactured at 30-50% lower cost than AMLCDs

To understand AMOLED displays and their unique advantages, it’s helpful to understand a bit about AMLCDs (Active-Matrix Liquid Crystal Display) – the bright, full-color ones found on most mobile phones, tablets, notebook computers, and televisions. 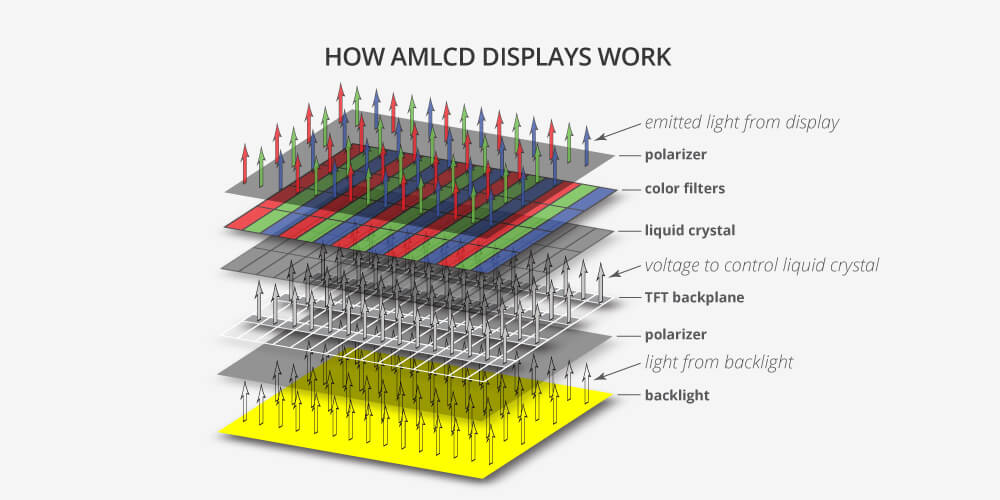 Because of the nature of AMLCD displays, they have the following problems:

AMOLED displays are inherently simpler and have only two main layers: 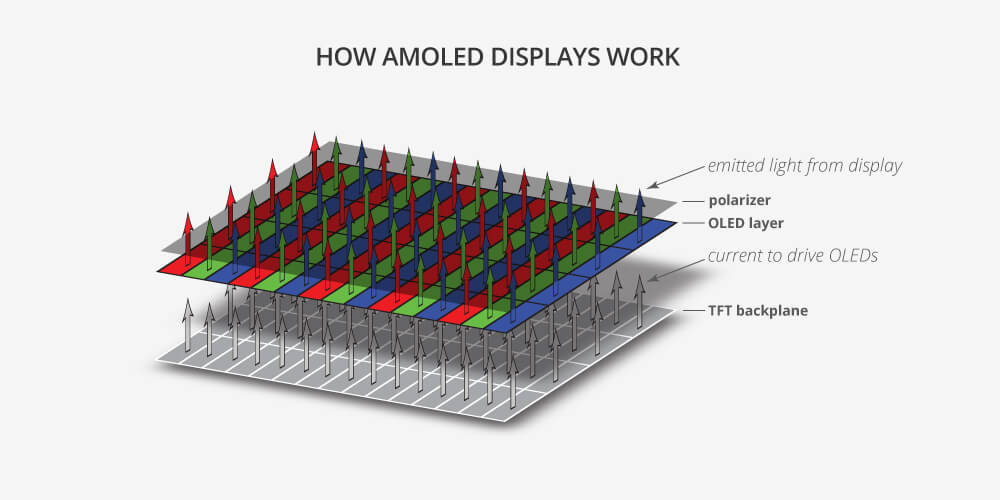 There’s usually a polarizer on top, which cuts reflected light. And that’s it! The simpler structure will lead to lower cost than LCDs, in addition to being thinner and lighter.

AMOLEDs also have other advantages:

Of course, AMOLEDs aren’t perfect yet. The materials used to make the OLED and the backplane aren’t completely uniform or stable. IGNIS technology was created to address these problems. Our solutions give highly uniform, long-lasting AMOLED displays even with non-uniform, unstable materials.

Please follow a link below to review our current opportunities and apply for a position.